Our notes from KubeCon + CloudNativeCon in Valencia

KubeCon + CloudNativeCon Europe 2022 – what a fantastic event! I’m sure my feeling is shared by many among the 7,000 in-person attendees and 10,000 that followed from home.

We had the pleasure to finally meet customers and partners – people – in person, after such a long time… and what a nice city Valencia is 🙂

Here below you will find a few notes from the event – of course, from my personal perspective and with a focus on the topic of optimizing Kubernetes applications.

Kubernetes has become the de-facto operating system of modern cloud-native applications. It has been reported that about 5.6 million developers use Kubernetes worldwide, representing 31% of all backend developers. That is an impressive adoption considering that Kubernetes was first accepted in the CNCF program in 2016 (now being at the Graduate level).

Every organization relying on IT for its business – thus every company these days – needs to consider Kubernetes as a foundational technology for its digital transformation journey. As we discuss below, this has some relevant implications in terms of required skills, tools and cost control strategies.

The atmosphere at KubeCon in Valencia reminded me of the days when virtualization boomed with VMware technology – at a personal level, this event brought back memories of VMworld Europe in Cannes in 2008 – another nice city by the sea, by the way.

We attended a lot of interesting sessions – too many to list them all here. Again, my personal bias is for anything related to scalability, performance and optimization.

A very interesting speech that stood out for me was the one from Carlos Sanchez, Cloud Engineer at Adobe, who described how they use standard Kubernetes capabilities to build custom solutions in order to minimize infrastructure resource waste while avoiding effort from their dev teams.

To bring down costs, Adobe leverages Kubernetes autoscalers extensively. The biggest benefits were achieved by autoscaling clusters and pods. They achieved 30-50% savings by using HPA (horizontal pod autoscaler), but making it work correctly is not easy (CPU autoscaling being problematic, while throughput-based being better suited). Vertical pod autoscaler (VPA) only achieved 5-15% savings, but was only used in development as not considered suitable for prod environments. Moreover, they also declared 60-80% savings by hibernating development environments.

Of course, one of the main challenges are optimizing Java workloads: the JVM (or any other runtime, for that matter) is not playing nice with Kubernetes autoscaling mechanisms – not to mention the startup issues. Their recommendation was not to stick to JVM default settings, and to ensure that GC type and memory heap are set according to configured resources [on this topic I would recommend the Dynatrace PurePerformance podcast with our CTO].

Another interesting talk was delivered by Vincent Sevel, Architect /Platform Ops at Lombard Odier, who described the challenges of managing large-scale, dynamic environments where simply there is no time to fine-tune tens of workloads running on thousands of pods when dozens of releases are brought in production each day.

As for Adobe, also Lombard Odier goal is to avoid any resource waste without sacrificing SLOs and avoiding workload to crash, and also that would not require actions from dev teams. Indeed the main problem is that dev teams are often raising CPU requests in the hope to fix issues so CPUs are always insufficient, clusters are too small and resources are overallocated [on this I would recommend our recent blog].

They also described several problems that we are very familiar with (and helped our customers to address), such as the JVM sizing dilemma, how to avoid startup problems while not wasting cluster stability due to CPU throttling [watch this Is it observable episode], and the well-known challenge of balancing performance vs cost.

Finally, I would like to mention the session from Moviri, Akamas strategic partner. I may be biased, but the session delivered by Mauro Pessina, Manager at Moviri Performance Engineering, was very well received with more than 700 attendees (see pictures here below). 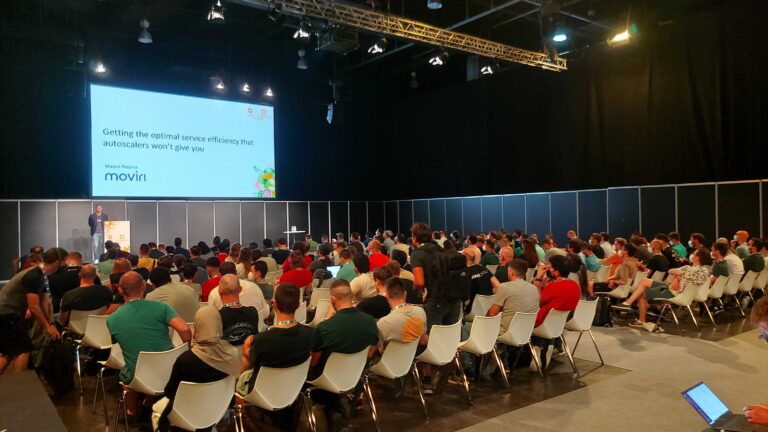 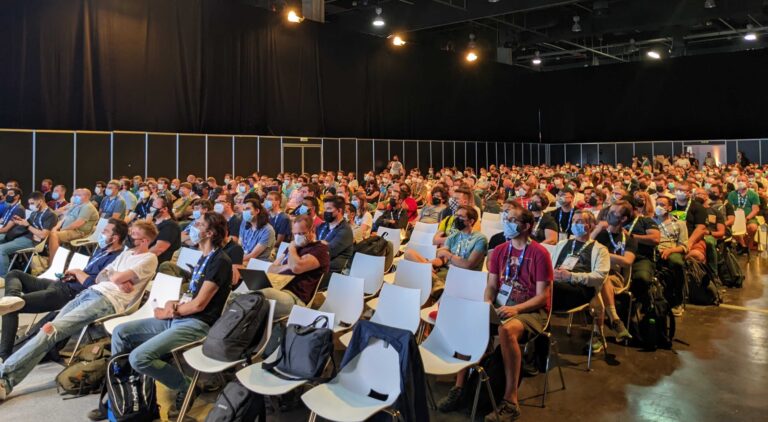 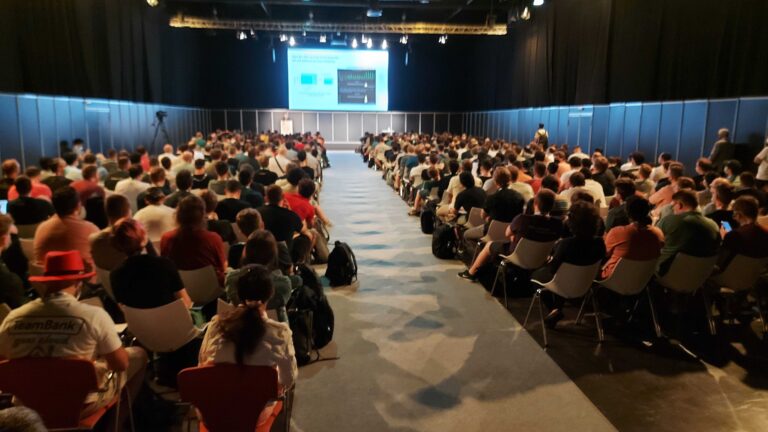 Moviri’s session, titled “Getting the optimal service efficiency that autoscalers won’t give you”,  described a customer story [which you can also find explained in this case study] where Akamas AI-powered optimization solution was adopted to address the Kubernetes resource overprovisioning (and growing cloud bills) documented also by other customers at KubeCon.

In my humble opinion, the most interesting part of Mauro’s session is where he showed how Akamas was able to automatically identify optimal configurations where both Kubernetes parameters (CPU and Memory limits and requests) and JVM parameters (e.g. memory heap size and GC type) were tuned to achieve cost reduction goals while also matching SLOs defined in terms of transaction throughput and response time and error rates – thus addressing the exact challenges reported by other customers!

While at KubeCon, we certainly did not miss the opportunity to meet some of our technology partners (namely, Dynatrace, Gremlin, Google, AWS and RedHat) and also to explore the showfloor for other interesting solutions. As a startup founders, with Stefano Doni (Akamas CTO), we always enjoy those “pure innovation” discussions with other players while visiting their booths.

In particular, we have seen several solutions focused on managing the complexity of Kubernetes cloud-native applications, such as supporting operations and troubleshooting (e.g. Komodor and Lightrun) and controlling costs (namely Spot, Zesty and Cast.ai). Both these types of solutions can be considered as perfectly complementary to Akamas. In particular, cost control solutions can be leveraged by Akamas as providers of additional data sources to factor cost metrics into optimization goals and constraints.

We also noticed a positive mood around all CNCF open-source projects. Here some of the initiatives powered by the community that we like the most.

I would like to first mention Keptn, whose booth was super crowded, we believe also thanks to our friends Andi Grabner and Henrik Rexed who are always available for an interesting conversation about technology [by the way, you may be interested in our integration with Keptn and Dynatrace Cloud automation]. We also like Pixie, an interesting sandbox project for Kubernetes observability, which provides fine-grained microservices and database performance tracing leveraging Linux kernel eBPF, without requiring the setup of a service mesh. We expect this project to grow as the Opentelemetry project which has now reached more than 250 contributors. Finally, on the chaos engineering side, we are pleased that the LitmusChaos which is a CNCF incubating project is also getting a lot of traction from the community.

Please also allow me a final note about the relevant Italian presence at KubeCon in Valencia in terms of the number of exhibitors, attendees and contributors to open-source projects. It was really a pleasure to meet Federico Soncini Sessa and Giulio Roggero from Mia Platform, Gabriele Bartolini and the EDB team, Jacopo Nardiello from Sighup, and the SparkFabrik and Clastix team as well as Loris Degioanni from Sysdig. While generally less known for IT technology with respect to other excellence areas, Italy remains a great place to start innovative companies and develop visionary technologies.

I believe this event provided further confirmation that the challenges of running Kubernetes cloud-native applications are well understood and documented. We were pleased by the huge interest on how to improve service quality and cost efficiency of Kubenetes microservices application.

We believe this is really an exciting time for any company like Akamas! 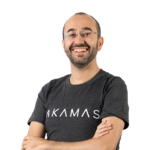 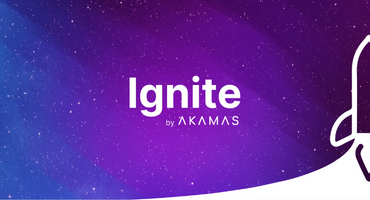 The dark side of Kubernetes? Light it up with application-aware optimization 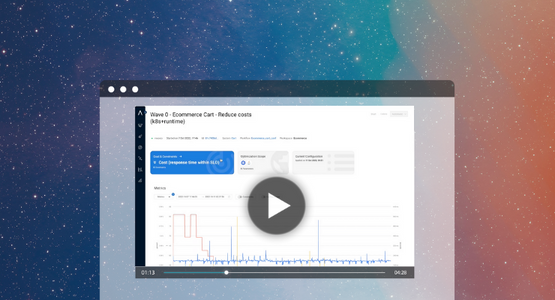 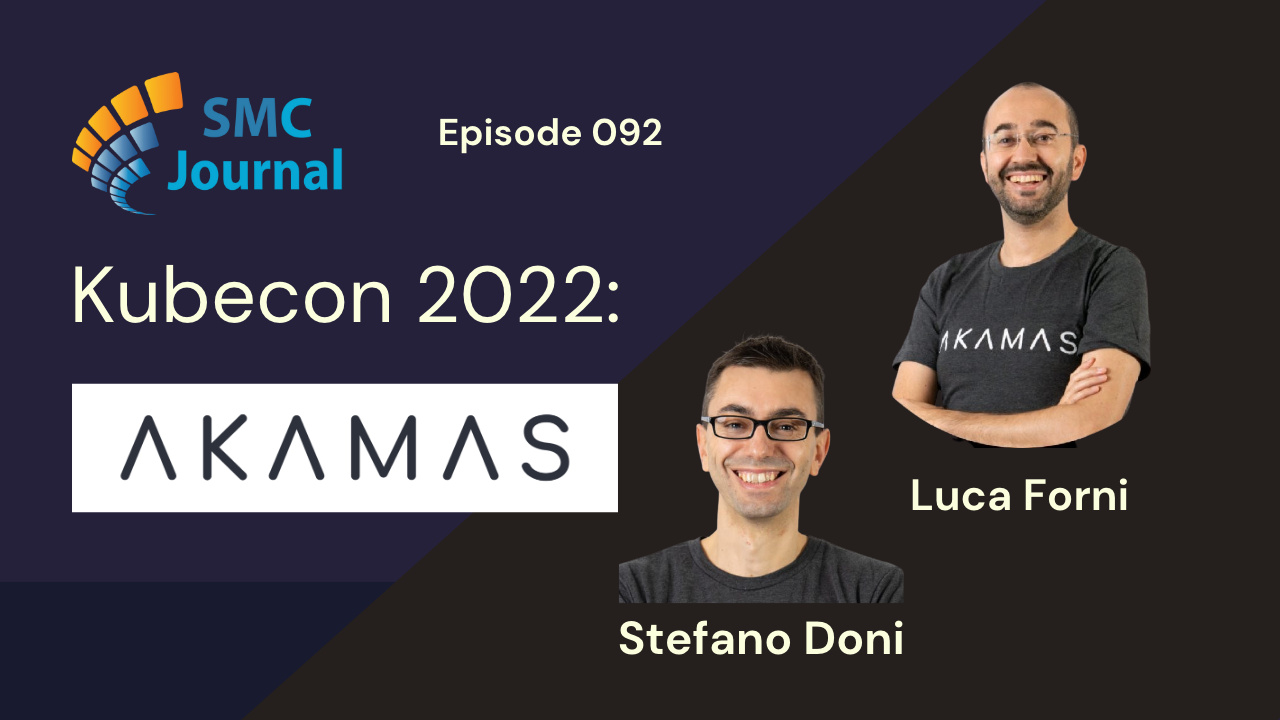 Akamas CEO and CTO interview at Kubecon 2022 with Scott Moore 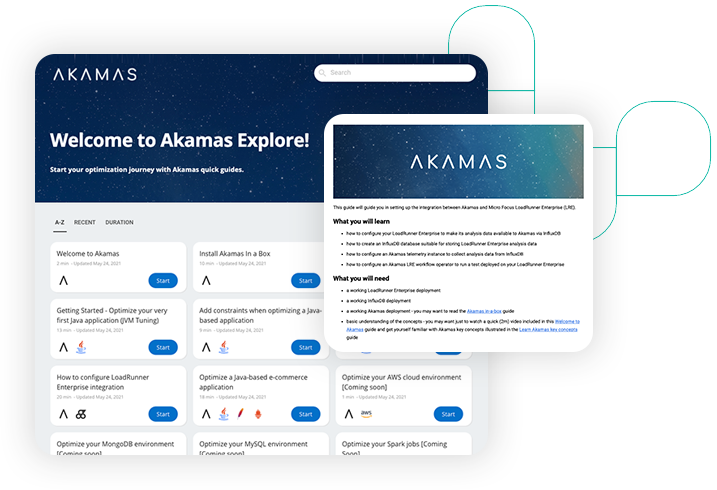